Home» Blog » ARE WE REALLY INNOCENT UNTIL PROVEN GUILTY?

Innocent until proven guilty is a phrase we hear often. From the plain verbiage it assumes that until you have been proven guilty you are innocent. But is this really how the public perceives an accused? Do we really look at them as though they are innocent individuals charged with crimes that the Government must prove before this innocence is gone?

The English lawyer Sir William Garrow (1760–1840) insisted that “accusers be robustly tested in court. An objective observer in the position of the juror must reasonably conclude that the defendant almost certainly committed the crime.” But is this reality? Considering that it is the Government who has the most access to the media the accused is behind the proverbial eight ball from the beginning, most likely already convicted in the court of popular opinion known as the media. Have you ever read an article about an accused written from the perspective of the accused? The answer is most likely no. This modern phenomenon flies in the face of time honored concepts of humanity and law.

No one can dispute that citizens have far more access to information than ever before. Social media, online news and the internet in general provide people with a gateway to news access never before available. But has this availability of media coverage destroyed the presumption of innocence? 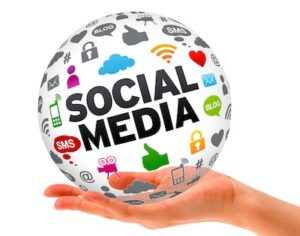 Consider the fact that news articles are often written from the police perspective. News stories often quote police reports drafted by the officer’s themselves. Rarely if ever is an accused contacted and provided an opportunity to supply a written narrative of the events that transpired from their perspective. Rarely if ever is the accused given the first opportunity to address the public through a media story. This leads to the inescapable conclusion that citizens are flooded with information about a particular case or person from the government’s perspective. This is the information they have to rely on to form their initial opinion of innocence or guilt. In essence the government has already proven each and every element of the offense beyond a reasonable doubt and the individual is no longer innocent in the court of popular opinion. The danger with this phenomenon is that popular opinion may find its way into the jury room.

To insure that this very important right is preserved it is the duty of every citizen to withhold judgment until they have heard both sides of the dispute. To do otherwise is to change the burden of proof to the accused. Are we prepared as a society to ignore years of careful jurisprudence and create a different “media burden” and “court burden.” Is our own lustful appetite for dirt more important than well thought concepts of law? Only time will answer these questions and only those actually accused of crimes will care.

He was very helpful and had my best interest at heart. I was very nervous about getting divorced so late in life and being able to financially stable afterward. He made sure everything I needed was addressed and I was taken care of. I would highly recommend him to anyone in my position.