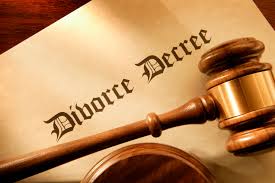 A common inquiry received by my office concerns individuals to a court order refusing to follow the order.  While any court order can be ignored, this article will focus on contempt in the context of a domestic relations/custody order.

Court orders are just that, orders.  They are not suggestions or mere considerations on how one is to conduct themselves as it relates to the subject matter of the order.  When a court issues a custody or parenting time order, each party to the order is expected to follow the terms and conditions set forth therein.  In the event that one of the parties to the order fails to follow the terms the legal remedy available to the aggrieved party is to seek to hold them in contempt of court.

The issue of contempt is brought to the attention of the court through a motion.  A motion is nothing more than a request of the court to take some action. In this case the moving party is asking the court to hold the party not following the order in contempt.  If it is determined that one party has not followed the order the court is vested with broad abilities to remedy the situation. The court can take action anywhere from correcting the problem to sanctioning the wrongdoer with fines and even jail.

If you feel you are in a situation where someone is refusing to follow an order of court contact my office to discuss your available remedies.  A motion for contempt may be necessary to enforce the order.

Overall great experience. During one of the worst times in my life Attorney Rohrbaugh and his wonderful staff were there to help me. Very informative, helpful, and informative. Attorney Rohrbaugh was available when needed and provided more than he was required to. Nothing but praise for him and his marvelous staff.