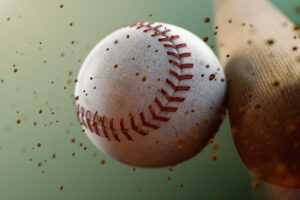 The Cleveland Indians recently decided to abandoned their time honored mascot and logo, Chief Wahoo. This decision represents one of the first victories for the American Indian since the little Bighorn. While considered racist or at least insensitive by many, the big nosed heavy toothed red mascot and logo, is completely legal. Yes you read that right, completely legal.

In June of 2017 the Supreme Court of the United States struck down a Federal Trademark law forbidding the registration of offensive marks. SCOTUS reasoned that the law was an unconstitutional limit on free speech. The unanimous 8-0 decision was careful to limit itself to the specific law concerning the registration of offensive Trademarks. It had the effect of ensuring that laws would not be passed to prevent our favorite sports franchises from legally offending through potentially racist and insensitive mascots and logos.

The whole fiasco began when the Asian American Rock band the Slants, tried to trademark the name. Again don’t adjust your computer or smartphone. Yes, an Asian American Rock band wanted to register the name the “Slants.” The registration was initially denied as being offensive. But the band’s front man Simon Tam, took his cause all the way to the United States Supreme Court and won the ability to register his mark, offensive or not.

Not lost in this story is the fact that those attempting to register the potentially offensive mark the “Slants” were themselves Asian American. But the same cannot be said of offensive Trademarks like the “Washington Redskins” or the “Cleveland Indians.” The former tongue in cheek mockery of an Asian American band seeking to register a mark consisting of a term historically derogatory to Asian Americans, is very different than the latter situation. Maybe if a collaboration of American Indian tribes chose to form a sports franchise called the “Redskins” it might be easier to accept. Sort of like the overuse of the “N” word in rap music. But when mascots and logos potentially offensive to some are employed by those who take no offense to their use, the situation is completely different. At least this is what we can gather from the Cleveland Indians abandonment of the “Chief Wahoo” logo and mascot.

The decision of the Cleveland Indians to do away with a logo and mascot in place since 1946 that may be offensive to a very small minority of the American public proves that popular notions of decency and acceptability apparently override economic impact. A brief search of news articles related to the Cleveland decision reveals major dissent among fans. 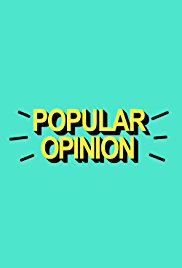 The franchise is well within their legal right to continue to use “Chief Wahoo” but voluntarily elected to withdraw its use in favor of a block letter “C.” Can it be that “big business,” has grown a conscience?

It remains to be seen whether posterity will look at Cleveland’s decision as a giant first step towards responsible branding or a terrible business decision. Will the goal of not offending one group result in an offense upon another, its lifeblood fan base? While these questions remain to be answered, in Cleveland the will of the people and not the law dictates free market business decisions. At least the will of some people.

I enjoyed working with Attorney Bob because he talks to you at your level and doesnt make things confusing. Explained all of my options and made me understand exactly what we were doing every step of the way.